I was able to look at almost all the traditional crafts of Bhutan on my trip this June. The country, being economically and culturally closed to the world has been able to retain and respect its own culture to a large extent. So much so, that the crafts are pretty expensive and make a large part of the GDP since tourism is a major contributor.

The handicraft street in Thimphu is one of the most unique market places I’ve seen because it’s located on the middle of the road, with running traffic on both its sides. There is a walkway for shoppers to go along the small shops inside huts. There are thirteen traditional crafts (zorig chusum) of Bhutan, many of which are sold in the marketplaces, while others can be seen in the National Museum of Bhutan in Paro. These are Thangka paintings, sculpture, carving, calligraphy, casting, papermaking, embroidery, textile, carpentry, masonry, bamboo weaving, gold-and-silversmithing and blacksmithing.

The National Museum is unique in the sense that it used to be a safe haven for commoners during the war and now works as a safe haven for Bhutanese culture. In one particular institution such as the Dzong (Bhutanese Parliament), all the elements of these traditional crafts are intentionally used, giving a representation to all craftsmen involved.

Bamboo and cane objects have been used since centuries in everyday Bhutanese life and is produced and used throughout the country. These include baskets, hats, storage containers, carrying containers, liquid containers and bamboo roofs and fences. 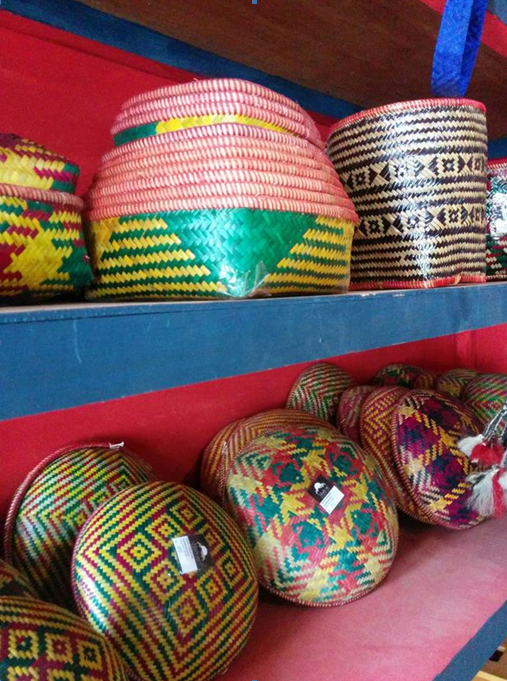 The wood items, made from a wide variety of woods in the biodiversity of mountains, include farming tools, carved items depicting gods, arms and armory, etc. In architecture, houses, palaces, Dzongs, temples and the bridges are till today made by master carpenters in the traditional wood style of woodwork. 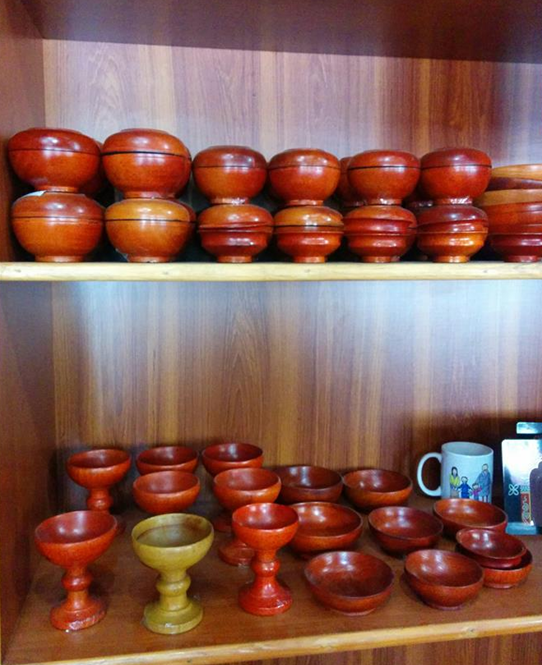 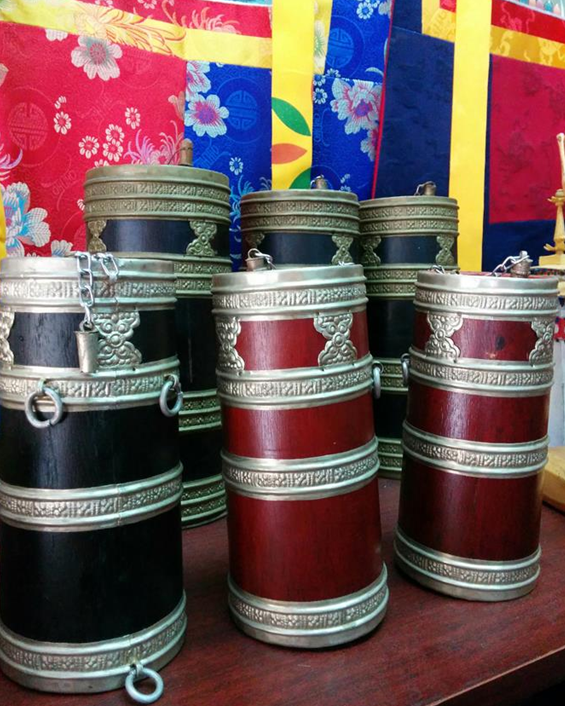 The skills of the Bhutanese masons could be seen in the religious structures and secular buildings that dominate the Bhutanese landscape. Changangkha Temple, Thimphu is typical of temple architecture found in bhutan. The prayer wheels, the prayer flags and mani walls just gave the entire place the feel that Buddha might just be sitting in the crowd somewhere. This structure, also known as the Memorial Chorten, was built to honor the 3rd king of Bhutan Jigme Dorji Wangchuk. The structure consists of golden spires and bells and the inner sanctum has larger than life images of tantric buddhist deities, in the very Tibetan style of idolization. The many erotic postures and distorted faces made many tourists around me say that this is a demon temple or those are the demons and those are the Gods. But having studied Buddhist iconography in detail, I can tell you that’s not true. This is the Vajrayana school of Buddhism, where action, ritual, performance and yoga form the core of Buddhist practice. In such a practice, the intensity of the action provokes the representation of Gods in such a manner. Vajra, bell, hand-drum (damru) or a ritual dagger (phurba), but also ritual hand gestures (mudras) are several elements that one is likely to see in Tibetan and Buddhist temples. 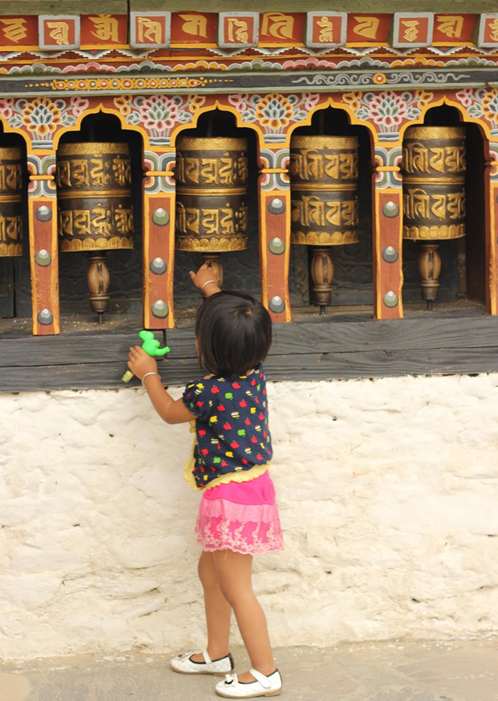 The Tashichho Dzong is the Parliament of the district of Thimphu. Bhutan has 20 districts, each of which has a parliament of its own, which in reality is more like the court and the office of government officials for each district. Some parts of it are open for public viewing and show the pride of the country, both in terms of monetary wealth and cultural heritage. The Chinese-style flared roofs atop interior temples are all made of gold that light up at night and present a beautiful view from atop a hill. 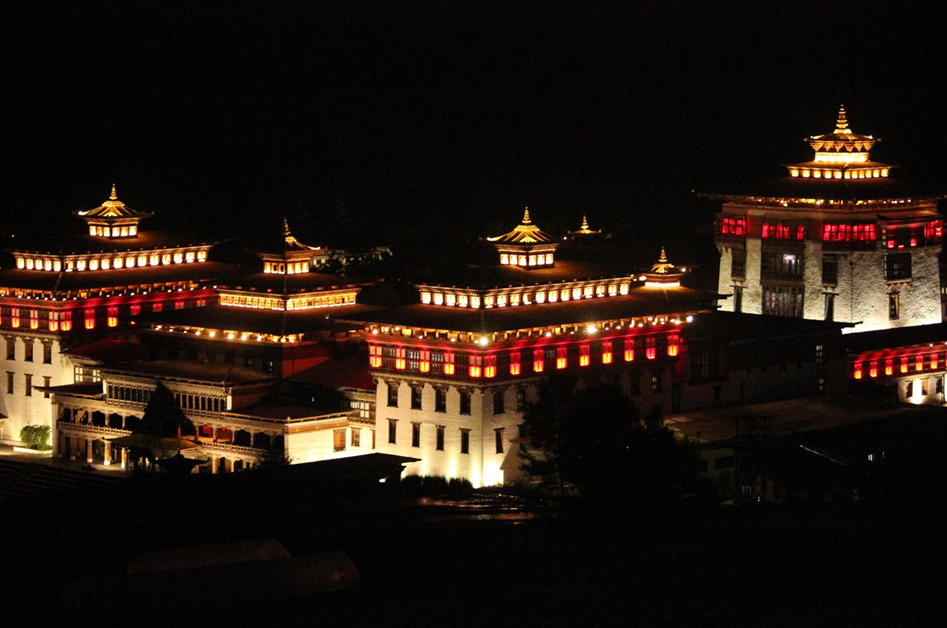 The Thangka paintings inside the complex show a vast variety of Buddhist themes including The Wheel of Life, Enlightenment, The Four Friends, Shakyamuni Buddha, Milarepa, etc. The temple within the complex was adorned with Mahayana Buddhist idols. These paintings, known especially for their Buddhist stories and imageries in a single frame are painted with natural pigments and dyes, some bought from as far as Afghanistan. Chatting with the gallery representative, I was shocked to know that these paintings can take over two and a half years to complete. 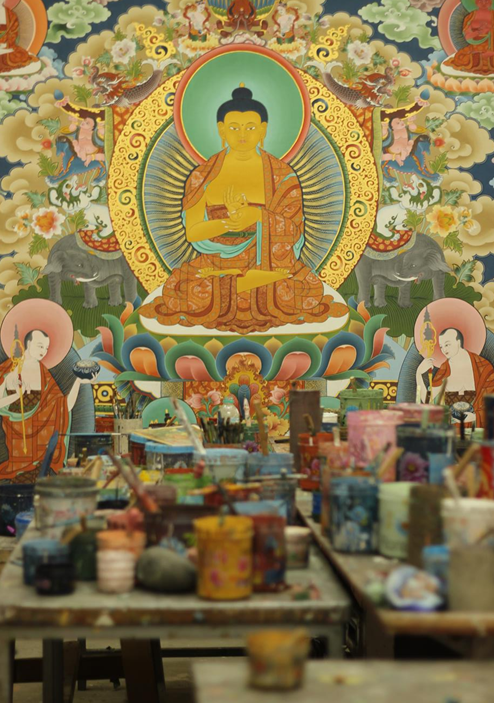 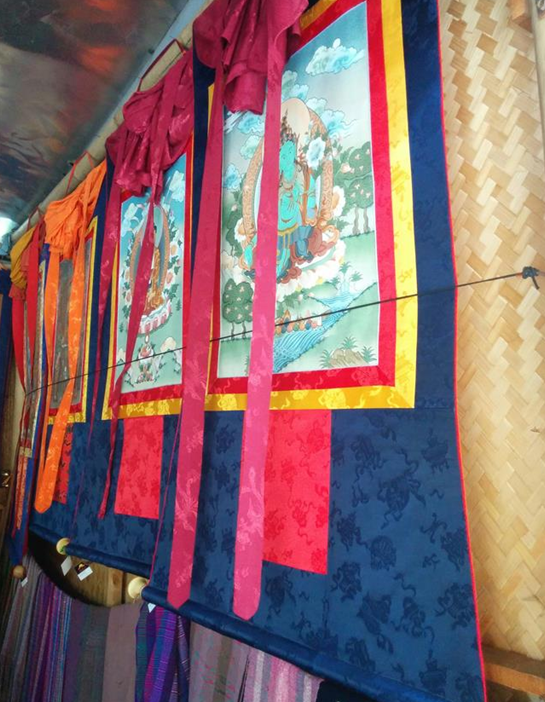 The textile collection includes scroll paintings known as Thangkas, ceremonial and everyday dress, and scarves that denote societal rank. The items are made of buray (raw silk), silk, yak hair, wool and cotton. Brocade forms an important part of dress and decoration services. The men wear a long coat that overlaps and closes at the front (Gho) with knee-length socks and formal shoes with it and remind me of the bagpiper tradition of Scotland. While the women wear a similar but shorter jacket with a wraparound skirt that has a sides fold (Kira). 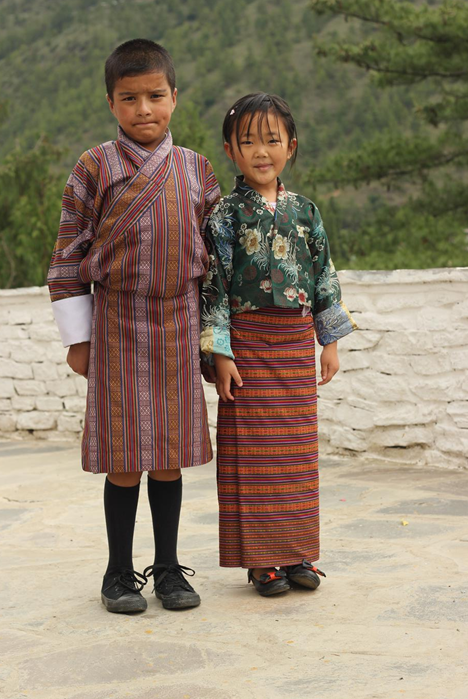 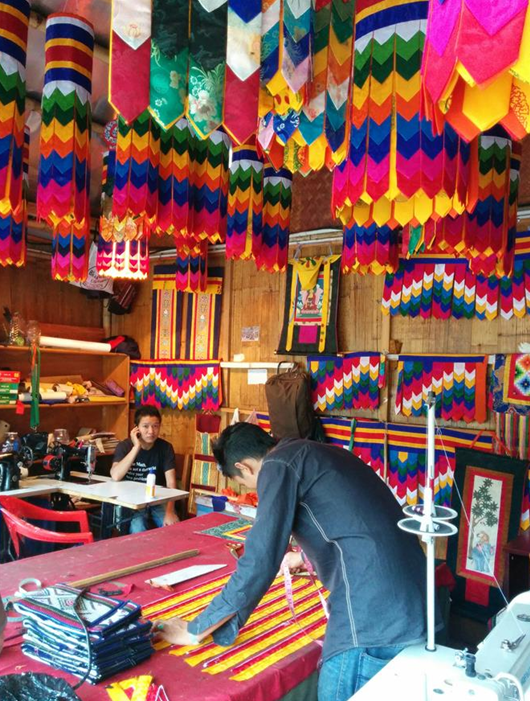 I visited the Jhungsi Handmade Paper factory too where they produce the holy Buddhist paper from Daphne tree bark. The paper is soft and buttery and extremely fragile, but is extensively used in manuscript writing, painting, crafts, etc. 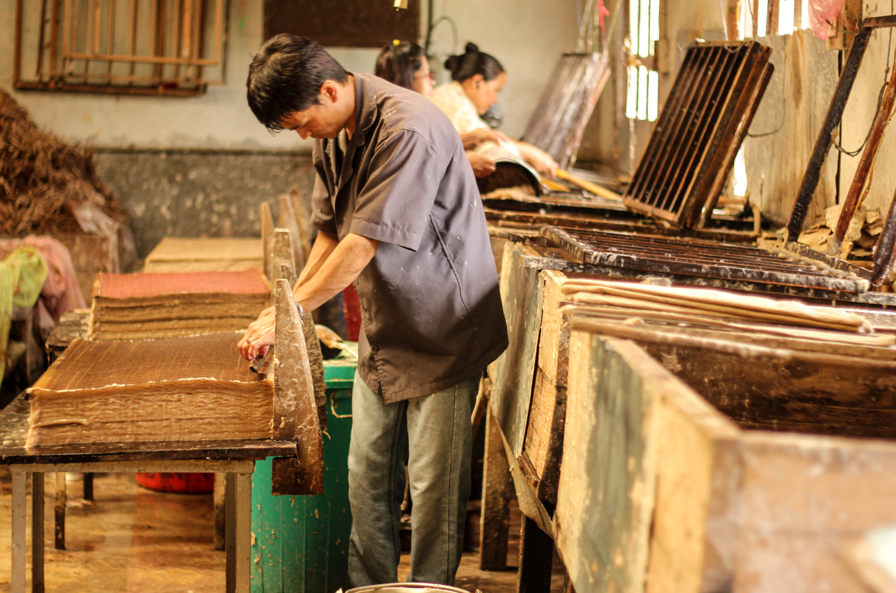 One of the most celebrated works of a clay sculptures is the making of clay statues, papier-mâché and clay masks, and other religious items. Every other shop has masks of good luck and the first hall of the National Museum of Bhutan has an extensive collection of masks that represent characteristics like greed, envy, fear, etc. 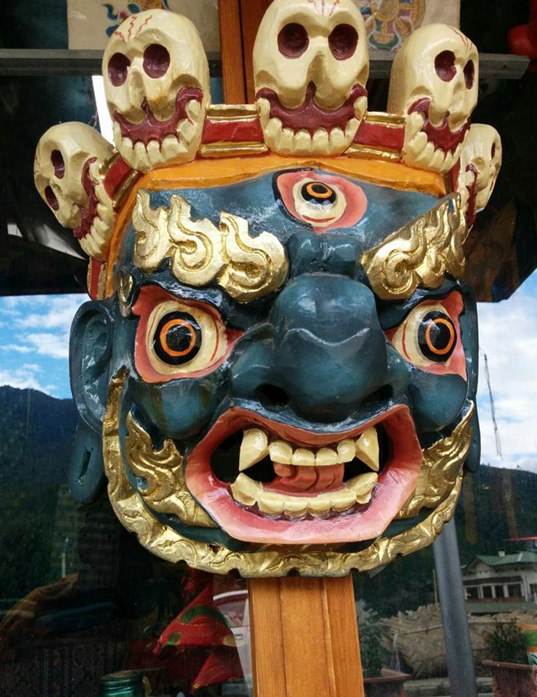 Bronze is widely used in everyday objects, especially the cups and bowls used for prayers in temples and monasteries. The chains of raw iron used in ancient bridges over rivers show the skilled blacksmithing talents of the Bhutanese.

Troe Ko is the name given to the ornaments of silver and stones that the women wear and that attracts tourists a great deal. Ritual objects like butter lamp containers, offering bowls, musical instruments, tea pots and stone images of Buddha, Tara, Avalokitesvara and other gods are also made.

This small landlocked country with India practicing Mahayana Buddhism, ruled by a Constitutional monarchy, definitely grabbed the attention and interest of a major art buff like me and I would love to visit Bhutan again and again for the serene, calm and simple sights and sounds that this country has to offer.

IS ONLINE LEARNING THE FUTURE ...

HOW ONLINE LEARNING IS BETTER ...

Your Learning Journey Awaits You

Schools Say “Hi” to us